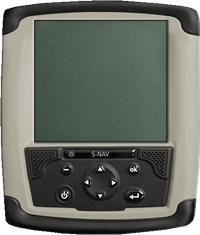 The S-Nav is an equipable item found in SCP - Containment Breach. It is used for navigation and keeping track of rooms the player has visited, with each individual square represents a room. There are 3 different variations of the S-Nav.

The S-Nav 300 is the default version of the S-Nav. It requires a 9V battery in order to function. If the S-Nav 300 batteries are dead, the message "UNABLE TO CONNECT TO THE MAP DATABASE" will display on the screen. They can be found in the Basic Office, 2-Level Office, small testing room and the server farm. Any rooms that have not been visited yet will remain hidden on the S-Nav 300.

By putting the S-Nav through SCP-914 on the "Fine" setting, the player will receive the S-Nav 310. This variation is capable of displaying every room regardless of whether or not the player has visited them. It is useful for informing the player as to which paths in the facility will lead to dead ends. 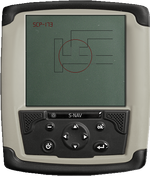 When an SCP is nearby, a small red ring will begin flashing on the S-Nav Ultimate's screen along with the SCP's name. The SCP can be in any of the rooms shown within the red ring. It is capable of detecting multiple SCPs at once.