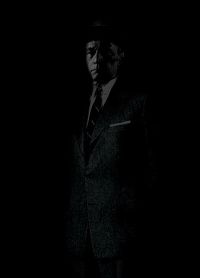 SCP-990's existence came to light when several Agents discussed having dreams involving a similar individual. Numerous other Agents reported dream-sightings of an individual matching the description of SCP-990.

SCP-990 appears in the "CWM" loading screen, where he will talk to the player as if they were dreaming. Instead of an excerpt from 990's article, vague messages and tips with random characters will appear.