The following is a list of people who have done voice work for miscellaneous characters in SCP - Containment Breach.

ItsDuke is a voice actor who voices several characters in SCP - Containment Breach. ItsDuke has presumably done the most voice acting work for the game as an individual. 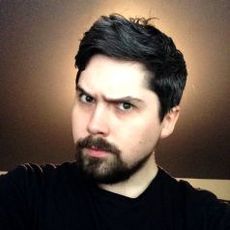 Aaron Robert Mckee (commonly known as TheVolgun) is a voice actor well known for his SCP-based readings and voice work.

Brendan Sussman (commonly known as DukeLovesYou) is a well-known internet voice actor known specifically in SCP - Containment Breach for his role as Security Chief Franklin from v0.3 on. He also voices Agent Ulgrin, cell guard, balcony guard and an instance of SCP-939.

SolidBaker is known as the intercom voice who announces the containment breach after it starts from v1.0.6 on. He was also the previous voice actor for Security Chief Franklin, which was replaced by "DukeLovesYou" in v0.3.

Tallfellow is known for his contributions as the composer, writer and announcer for the SCP Foundation On-site Radio.

Joshofsouls can be heard on channel 5 of the radio, as a panicked Foundation employee who is abducted by SCP-106 when trying to send a distress message.

Hunter is known for voicing a majority of the personnel heard on channel 5 of the radio, including Dr. Harp.

Graham Ruruku voices the guard who falls down the stairs in SCP-895's containment chamber.